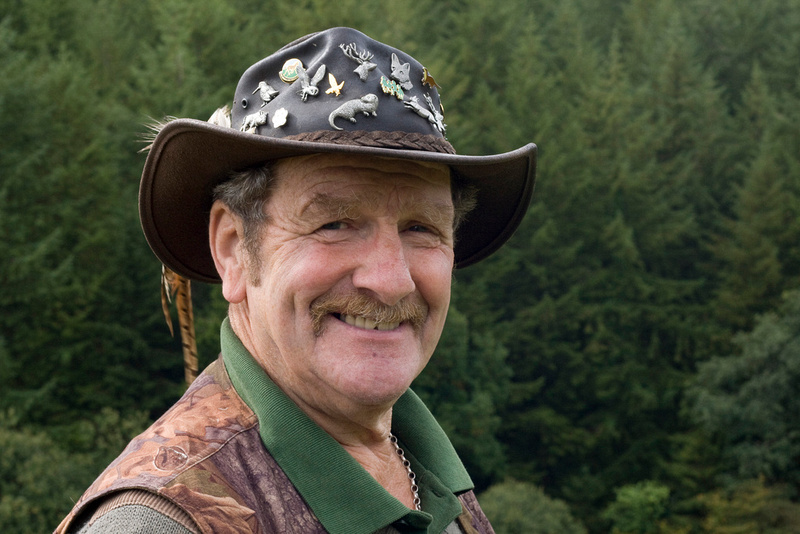 Johnny Kingdom lived in Devon, England, and loved Exmoor National Park. I did not know Johnny personally but I thought he was a great personality and admired him a lot. I watched all of his TV programs, read all of his books and listened to his speeches at several shows. As a poacher turned wildlife cameraman he had the skills and knowhow to get close to wildlife and I'm glad he used those skills to photograph wildlife. It appears that he was a rogue and a scallywag in his younger days but as a wildlife presenter he came across as a real down to earth man. His passion and infectious enthusiasm for wildlife, and photographing it, came from the heart. Whenever he was on TV presenting a wildlife program I, like many others, would be glued to the set as he seemed he could be your friend rather than being aloof like some of the other presenters. I loved the way he presented the shows, in a relaxed sort of way, telling things as is, with his cheeky laugh. I also loved listening to what he got up to trying different ways to photograph wildlife, talk about a creative mind. It is incredibly sad that Johnny's life ended so soon but even though he may be gone, his memory will live on in all the wildlife shows. The wildlife presenting / photographing world will be a sadder place without him. My thoughts are with his family. RIP Johnny.