The Art of Flying Buzzards, Out and About Spotting Wildlife and a New Venture Ahead

Ever since I was a kid, yes I can just about remember, I have been interested in flight. It amazes me how anything, especially an aircraft, can take off and fly. Flying is not as awesome as it used to be though. I used to get on the plane at the airport and really look forward to the take off. We would taxi to the end of the runway and the engines would start screaming away just before the pilot let the brakes off. At that moment you would be flung into your seat as the speed built up, the nose lifted off the ground and you would break away from the earth’s gravity. I remember that there always used to be a little “wiggle” from the plane at this point as if the earth did not want to let it go. Once we were in the air though the excitement was over. This was the boring bit of the flight where you eat a meal, had a drink, watched a movie, yes there was only one then no choice, and tried to sleep with all the kids screaming that they were bored (are we there yet dad?) and all the babies crying. (How come I always sat in front of the kid that constantly kicked my chair!!!) If we were lucky we would get some air turbulence which would shake the plane and make the seatbelt signs light up. The kids and babies would stop their noise, but now it was the turn of the women to scream get out their beads and start praying. The men would look around with smug faces and a little grin but with a warm wet feeling, thank goodness the tray was down and the trousers were quick drying. All this led to the finale, the landing. The pilot would tell us what was going to happen and we had to put the seats upright and put on the seatbelts. I would look out of the window and see all the little cars and lorries getting bigger and bigger. People would be thinking would there be a problem with the landing gear as we heard it, grinding away, being lowered and locked into position. How many times would we bounce? Would the wings break as they flapped when we touched the ground? Will the breaks fail and we will overshoot the runway? The answer to these and several more questions was no and once we were outside the terminal and the engines switched off people used to clap and thank him upstairs, no not the pilot further upstairs. Most of that has gone nowadays, the take-off is really smooth and boring (maybe it’s to do with the inertial dampers or is that just Star Trek!) and the landing is just as smooth, yawn. The middle bit still has everyone screaming at one time or another so still no sleep. I bet you are wondering why I am writing about this in a wildlife photography blog well, I am sat on a Tor on Dartmoor in Devon, England with my dog sat next to me and for the last thirty minutes I have been watching two Buzzards hunting the valley below. Their proper name is the Common Buzzard or Eurasian Buzzard and the Latin name is Buteo buteo. These birds of prey were nearly hunted out of existence by gamekeepers protecting their Pheasants and in the early 1900’s there were just 1000 birds left. Now, because of protection they are the most commonest and most widespread bird of prey in the UK. Lets hope Natural England ( https://www.gov.uk/government/organisations/natural-england ) backtrack on themselves giving licences to some gamekeepers to kill buzzards (but don't hold your breath). There are believed to be between 57,000 and 79,000 pairs in the UK according to the RSPB ( http://www.rspb.org.uk/ ). They look quite large, until you see them next to a Golden Eagle, with broad, rounded wings, and a short neck and tail. They eat small mammals, other birds and carrion but they can even eat earthworms and large insects when other prey is in short supply. I notice this occurrence nearly every time I go to a certain place on the moor. About one hundred metres from the carpark there is quite an open space and on most occasions there are either one or two buzzards scratching around eating insects or earthworms. If you see a bird of prey on a fence post or a telegraph pole then it will usually be a buzzard. Buzzards can vary in colour from dark brown all over to much paler variations with large patches of white but all have dark wingtips and a finely barred tail. You would not think the two I am watching are from the same family. One is brown all over apart from a white “V” on its chest and the other is nearly all white with a few brown patches here and there. I love the sound they make, which is a kind of “pewing” similar to a cat meowing, to each other. When flying they flap their wings a couple of times and then glide and it looks effortless. What surprises me is that they can stop in mid-air and hover just like Kestrels do. Flight, it still amazes me. 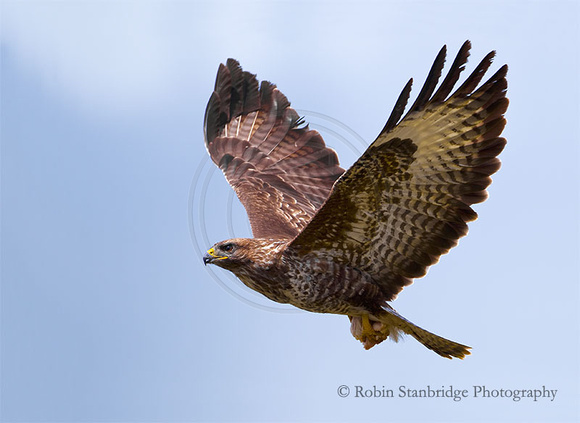 On Saturday night my wife and I took our dog for a walk on an area of moorland next to the golf course. When we got there the sky was full of birds, House Martins and Swallows mainly but lots of other birds were on the ground including Wrens, Chaffinches, several Tit species, Robins, Meadow Pipits, Yellowhammers, Skylarks, Crows and Jackdaws. I wondered what was going on until one of the things they were after landed on my windscreen, a flying ant. I got out of the car and there were flying ants everywhere. My wife, who was wearing shorts, refused to get out of the car because of the ants and so we had to go elsewhere to walk Murphy!!!

I was out with Murphy this bright sunny morning watching a group of 6 yellowhammers. They were situated in and around a large gorse bush flying down to the ground in amongst the bracken. The yellow feathers really stood out against the green of the vegetation and would have made a wonderful image. I carried on with my walk but after only taking a few more steps I was presented with two wrens hunting on a rather open gorse bush, just what I was after, image wise, a couple of weeks ago. One was a juvenile wren and it got quite close until the adult gave a warning and it flew deeper into the bush where I could hear it but not see it. Walking on I saw the usual meadow pipits, Linnets, skylarks, swallows and Mistle Thrush but walking back to the car I spotted a bird that I don’t usually see in this area. At first glance I thought it was a robin but as I got nearer I could see it was a male Bullfinch. 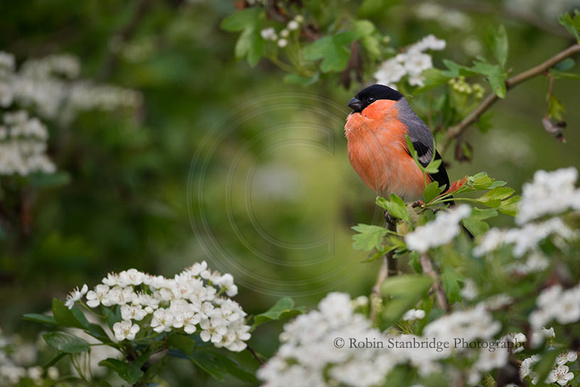 The colours of these birds are really outstanding and appear to change with the light from bright pink through to deep orange. When I see the male bullfinch I usually see the female bullfinch which is quite drab in colour compared to the male but just as nice to see. No matter how hard I looked I could not see her. 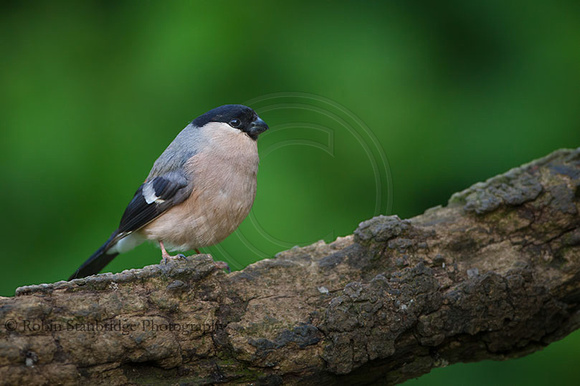 Next week I have got some sad news and some exciting news about my new venture in wildlife photography.